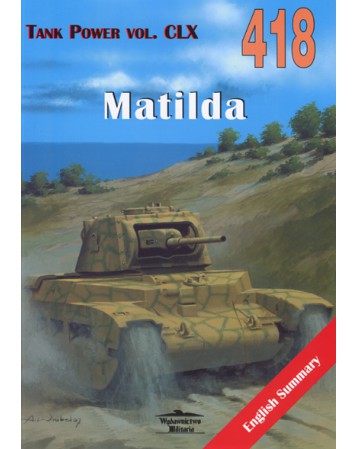 Notify me when available
The Mk II Infantry Tank was designed at the Royal Arsenal, Woolwich, and Vulcan Foundry in Warrington in November 1936, as an improvement on the Mk I. The “Senior Matilda” weighed 26 tons, more than twice as much as its predecessor, and was fitted with a OQF 2-pounder gun and .303 Vickers machine gun in a three-man turret. Like other infantry tanks it was heavily armoured; the armour thickness at the front reached 78mm.