Cookie information
This site uses cookies. By continuing to browse the site, you are agreeing to our use of cookies.
Home / 338 Sikorsky’s Tanks Polish AFVs of WW II 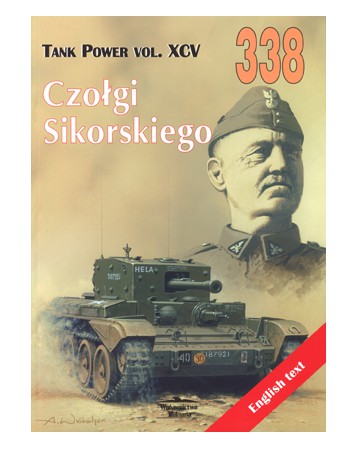 The present publication describes camouflage patterns and marking system for armoured vehicles of the Polish Army armoured and motorized units, as used in period from 1938 till 1945.

Notify me when available
Contrary to some countries taking part in fighting on fronts of the World War II, the Polish Army developed in 1939 an integrated camouflage painting system for armoured vehicles, as well as tactical marking and unit insignia system.
Later all Polish Army armoured fighting vehicles were used in standard French, British and Russian camouflage patterns and used all recognition and tactical markings used by Allied forces on Western Front (1940 and 1944–1945), in Africa and Italy (1941–1945) and finally on Eastern Front (1943–1945).