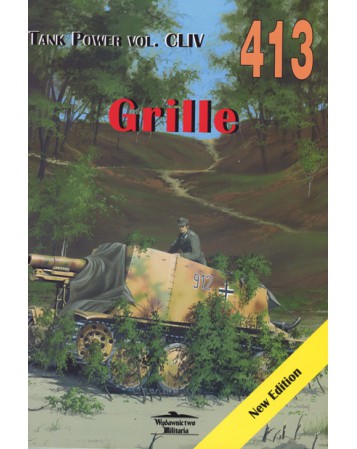 Notify me when available
The 15cm sIG 33 (Sf) auf PzKpfw 38(t) SP vehicle was ordered in 1942 on new Ausf. K chassis. Finally the first series were finished on standard Ausf. H chassis with rear-mounted engine. Many PzKpfw 38(t) tank returned from the front could be converted to "Grille" SP gun.  "Grille" were attached to SP infantry gun companies in various units, mainly armored and panzergrenadier divisions and served on Eastern Front, in France and Italy.
The modified version Ausf. M was completed in mid-1943. The engine was moved to mid-compartment of the vehicle.